“EARLY BITE”, a fertiliser from Kemira, helps produce a high yield from “first cut” (or spring) grass. The agency’s concept was to photograph a beautiful landscape with hundreds of sheep arranged to spell out the word “NEW” on a hillside.The art director’s initial sketched layout showed a green grassy hillside (including sheep arranged to spell the word “NEW’) with green fields rolling off into the distance.Finding the perfect landscape to bring the idea to life was the key.I travelled far and wide all over England recceing and shooting many, many, different locations. When I was happy with the haul, I returned to the ad agency to see if any matched the art directors vision.He immediately chose a lake scenario much to my surprise – although I liked it myself, it didn’t have the required rolling hills… but the decision was made and, after waiting a few days for the weather, the chosen location was photographed.Now for the sheep…I know a few tame farmers from the many projects involving farms I’ve photographed in the past – I pretty much knew I’d get the sheep element shot at a farm just outside Bakewell, Derbyshire.I was right. One of the farmers had the perfect angled field to match the Lake’s location, he also had hundreds of sheep and the contacts to organise a dozen or so local farmers with sheep dogs to help out.The morning of the shoot was spent creating the letter shaped pens on the hillside that the sheep would be in – basically wooden stakes in the ground with wire in between, hopefully all strong enough to keep them enclosed for the shoot.Finally the sheep were led into the field, and with the help of the massed farmers and dogs, they were herded into the letter “N” pen (we shot each letter individually).At first all seemed to go well, the sheep began to fill up the temporary pen creating the perfect letter shape… but then, just as the last ones were being led in, one sheep made a break for it – jumping clear of the wire.Followed instantly by the rest.This happened several times until, with a mixture of patience and food, we got it. The other letters followed suit and we finally had all the elements of the image.The only thing left was to montage the separate images together to create… 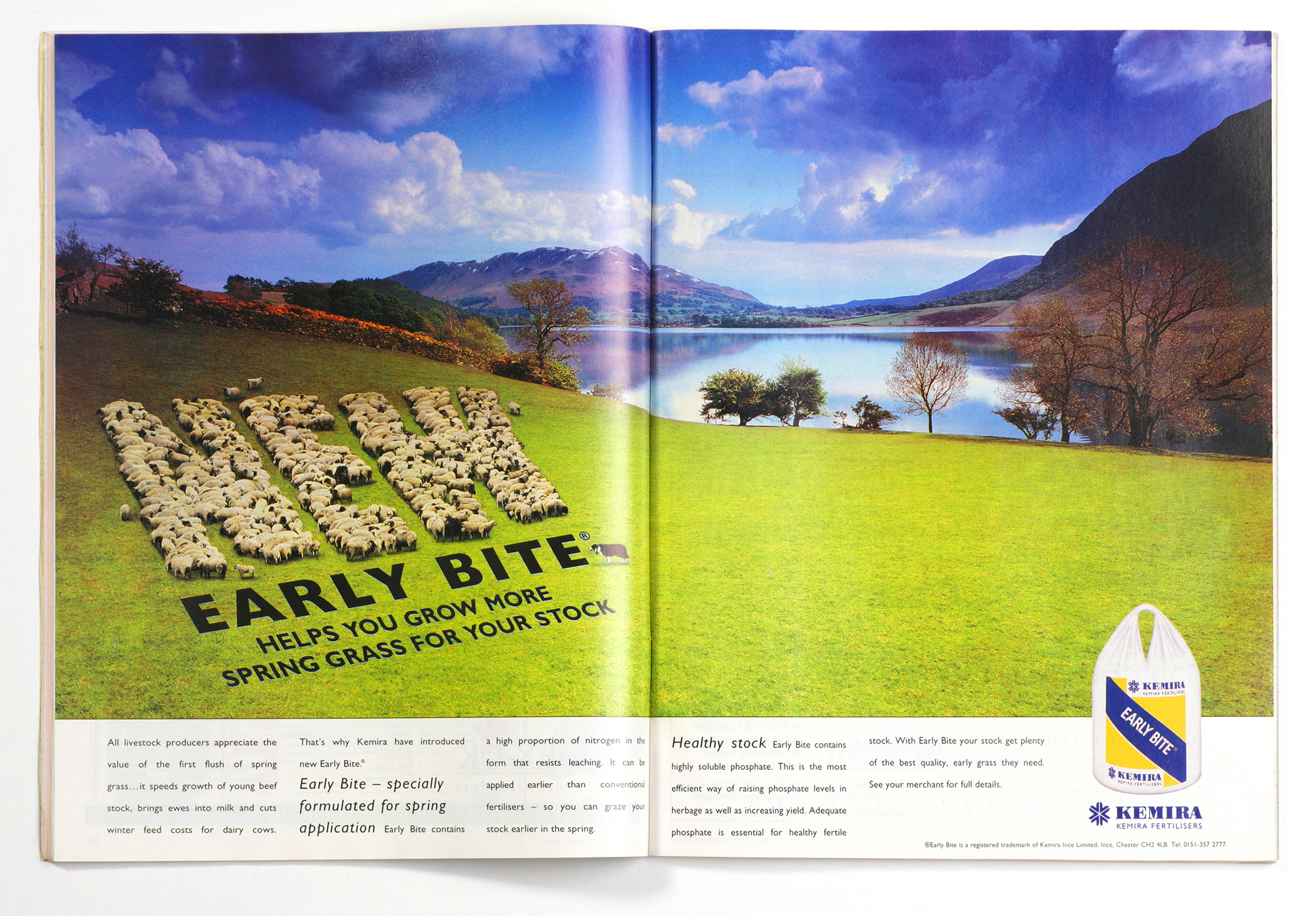