You shouldn’t notice a good retoucher’s work. It should be “invisible” – not even thought about by the viewer.Most of the time retouching consists of cleaning up a scene that has a piece of unspotted litter, or changing the colour of a prop to create a more cohesive image. But sometimes it’s a little more than that…

Office BlockFor example, a client of mine needed the office complex shown below to appear as though there was only one office floor working at night.The original image showed multiple floors in the building with interior lights on – so they had to be “switched off” on some floors, leaving just a strip of lights on one level giving the appearance the office staff were still working. As there were a few windows on the chosen floor not lit, this issue had to also be addressed. 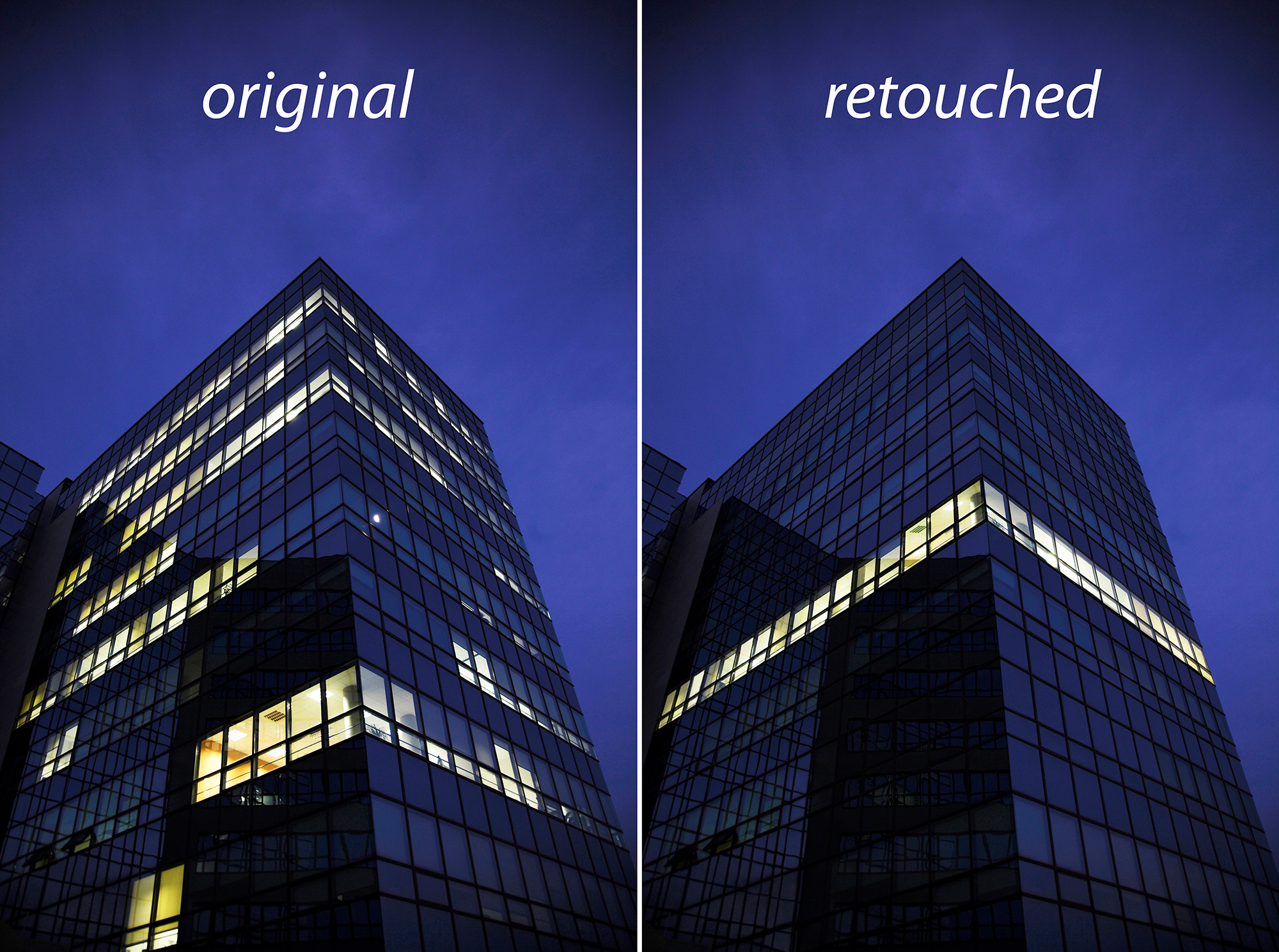 Now, with the simple geometric shapes involved, you might think this was “easy” – until you start to closely examine the original shot. Colour balance, scale, perspective, radiance from the windows, refections from other buildings – all had to be carefully considered during the whole process to achieve the final result.

Spot the Difference…In the next example I was asked to make it appear as though an airplane had arrived outside an office building. I first photographed a couple of office workers at their desks looking out of a window onto a car park. Then I took photographs of a jet arriving at Manchester Airport, together with a few random office buildings and fields.Part of the process of retouching/image manipulation is to ensure you have the right shots – during the photography I ensured that the shots had the right type of lighting, correct positioning and perspective. The original aircraft was branded, so the first task was to remove this and make the fuselage of the jet mainly white and generic. Gathering all the shots together, they were montaged and retouched to create the image below (right). After seeing the “final” image, the client didn’t like the office worker’s sleeves rolled up, so I had to add a couple of shirt sleeves later.Finally the image was treated to make it warmer and slightly defocussed at the edges of the frame to make it look like a “snap” taken by a fellow office worker.